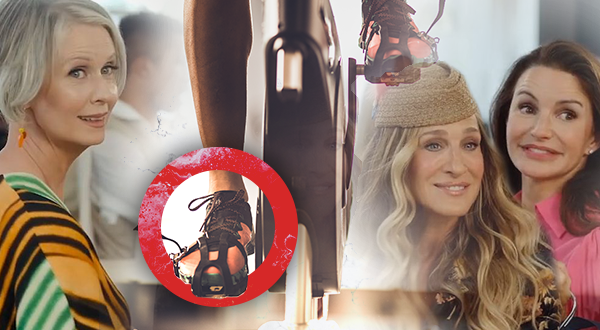 Do you plan on watching HBO’s “Sex and the City” reboot (titled “And Just Like That”)?

If so, mini-spoiler alert: the show’s first episode shows something bad happening to one of the characters after riding a Peloton.

$PTON stock fell 10%+ in the first two days after the HBO premiere.

Peloton agreed for one of its instructors…

… to be on the show, but was (obviously) unaware of the plot point, per CNBC.

Can Peloton sue HBO? To answer that, The New York Times notes there are 2 types of product agreements:

· Product placement: A brand pays to be featured in a show or movie

· Trademark: A production secures the right to use a trademarked brand onscreen

Peloton hasn’t indicated its arrangement. However, under the trademark agreement, a principle called “nominative fair use” says that a product can be used as long as it’s done so in a way “consistent with the original trademark.”

A legal expert tells the NYT that HBO’s portrayal of the Peloton misrepresents the brand and “tarnished” its “good will to customers.”

Peloton is declining legal action at the moment

And a doctor on its health and wealth advisory council suggests the health of the show’s character would benefit — rather than be harmed — by use of the bike.

Peloton also hit back over the weekend with an ad featuring the actor who plays the character that had the “bad thing” happen.

Ryan Reynolds narrates the video, which — spoiler alert — means it’s hilarious. And the stunt may have worked: Peloton’s stock rebounded 7%+ on Monday.